Graceful Girl gave her Group 1 rivals a big start and a serious beating in a Winterbottom Stakes (1200m) to remember at Ascot on Saturday.

The Peters Investments homebred mare came off the bend with a burst of acceleration that put the $1million race to bed before the furlong.  Such was her authority, Willie Pike could afford to keep the stick holstered with ample time to sit up and smile for the camera.

“I know they were running good sectionals but I had 15 horses to get past,” Pike said.  “In hindsight, the wide barrier worked in our favour.  If you said I could circle them and win in a canter, I wouldn’t have believed it.” 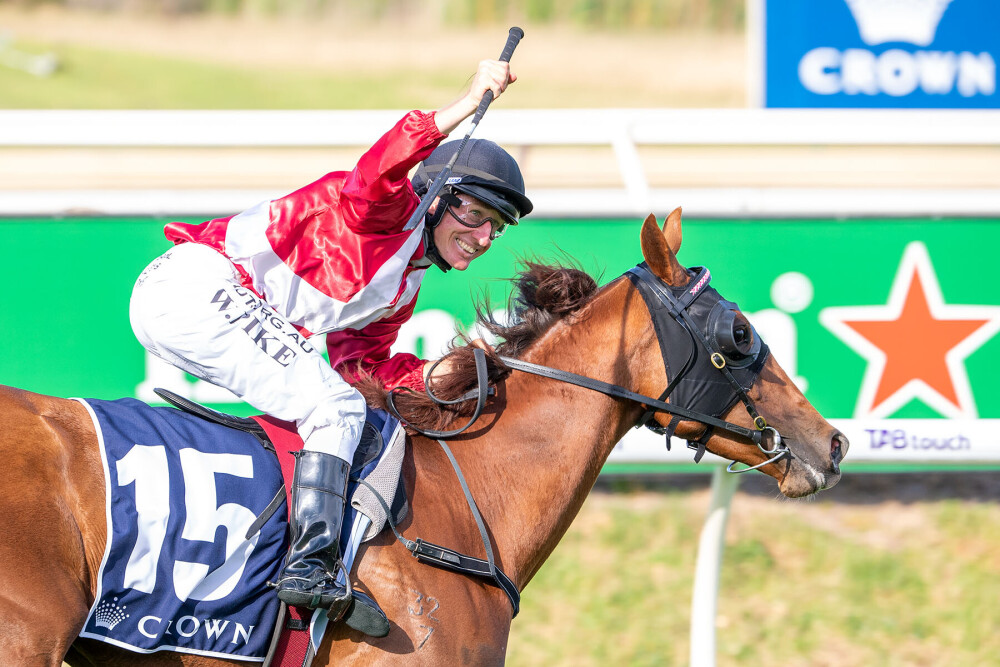 Graceful Girl (Nicconi) had won a Pinjarra 3yo maiden in January and signed off her second prep with a Listed victory in the Raconteur Stakes at Belmont in June.

Trained to the minute by Grant & Alana Williams for the Winterbottom, she was runner-up in the G3 Colonel Reeves Stakes (1100m) a fortnight ago but turned the tables on to Elite Street in a remarkable renewal of Perth’s premier sprint.

Stageman (Written Tycoon) filled out the quinella for Bob & Sandra Peters when he nosed out Elite Street and Laverrod in a three-way photo for second.  “We’ve run seconds in this race with Enticing Star and Celebrity Queen,” Bob Peters recalled.  “We did win it years ago when the Winterbottom was a Group 2 so it’s nice to win it as a Group 1.”

Graceful Girl (Photo: Western Racepix) has won 6 times in 11 starts for prizemoney of $883,000 including Westspeed bonuses of $77,150.  Her dam Avenida Madero (Metal Storm) had been runner-up to Miss Andretti in the 2005 Winterbottom for owner-breeder Bernie Clune.

Peters Investments won the first-leg of the TABtouch Masters in the Railway Stakes (1600m) last Saturday with Western Empire and they can complete an unprecedented sweep Perth’s Group 1 treble when he returns for the Kingston Town Classic (1800m) next weekend.

The Winterbottom also completed an international Stakes-winning double for Perth’s benchmark breeders on Saturday.  Earlier in the afternoon its NZ-based graduate Demonetization (All Too Hard) won the G3 Eagle Technology Stakes (1600m) at Te Aroha.